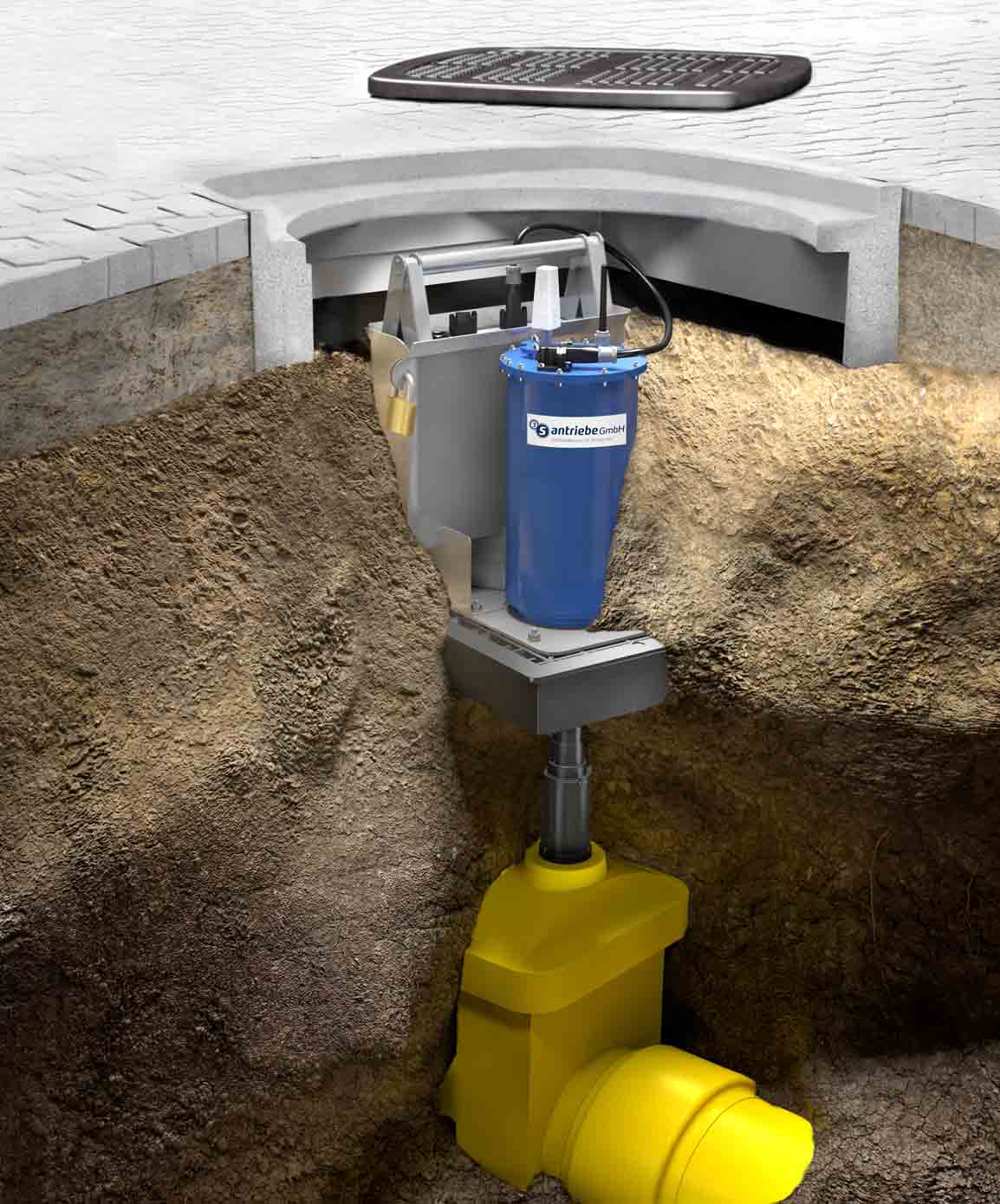 About a third of Europe’s drinking water seeps away before it even reaches the consumer. Today, utility companies battling the loss have little access to the sort of smart technology that routinely flies planes, controls energy networks or assists delicate surgery. From January 2018, LIFE funds will help explore how remote-controlled motors for water valves can spot and contain distribution system leaks, in a project that could set new standards for water conservation.

Berlin-based tech-firm 3S Antriebe is connecting electric motors to 20 water valves buried under the municipality of Gouda in the Netherlands. As part of the EU-funded LIFE project SmartWater, these valves will automate key tasks in delivering  water to some 10 000 of clients of OASEN, the region’s drinking water company. Over the coming three years, the EU funds will help OASEN to test the remote-controlled motors, and assess how the motorised valves can expose leaks currently too small to detect. Such a breakthrough would offer welcome news to global efforts in addressing water scarcity.

According to Jurjen Den Besten, an asset manager at OASEN, no plumbing network today is safe from the leaks that waste money, energy and drinking water. OASEN provides 750 000 customers with some of the most carefully conserved drinking water in Europe, but still loses 2 million of the 45 million cubic metres that it supplies each year.  Most of this is wasted by small, unreported leaks.

“Leaks are sometimes detected by customers,” said Mr Den Besten. “They call in and we send out an engineer to find the damaged pipe and manually close it off.” Left unchecked, small drips can damage expensive infrastructure and disturb ecosystems. Larger ruptures can flood a building with hundreds of litres an hour. In all cases, the longer it takes to spot the leak and close the valve leading to it, the steeper the bill and the more water is wasted. “If we could do it remotely, it would be quicker,” he said. But he admits that in an era of cryptocurrencies and smart cars, most of the technology at the heart of today’s plumbing dates back to the second millennium, with pressure pumps and gravity still carrying drinking water from our aquifers to our taps.

“Within water plants, everything is automated,” said Axel Sacharowitz, CEO of 3S Antriebe. But beyond, automation is rare – and expensive, he adds. The novelty of the 3S Antriebe design is that automating valves in the network will no longer mean digging up pipes to access the interconnectors. The valve-controlling motor is separate, installed in a box less than a meter below ground level, but still able to open and close the valve below.

The separate motor box is not the only new trick that 3S Antriebe is offering. A battery and a SIM-card inside are also promising to reinvent water conservation.

The motors used by 3S Antriebe run on lithium-ion batteries – so there is no need for an external power supply, and no need to build switching cabinets in remote locations or drill pavements to lay cables.

Each battery lasts more than a year and can be easily replaced. This overcomes one of the major impediments to intelligent water supply networks. “Smart homes and smart grids can roll out because houses always have electricity available,” said Mr Sacharowitz. “This is not the case in water infrastructure.”

The motors have a record low stand-by power consumption of just 10 mW, which allows the motor to hibernate. This is where the SIM-card comes in.  In the event of an emergency, a call from the control centre can awaken the machine and open or close the valve in mere seconds, managing water flows with mouse-clicks rather than spanners.

Jurjen Den Besten also sees potential for using this wireless technology proactively, to bring new sophistication to identifying leaks in the network. To track down small leaks, OASEN is segmenting its network and keeping tabs on the water flowing in and out of each section. Flow sensors on the new remote-controlled valves will automate much of the task, and allow the utility company to investigate its pipelines from the comfort of the control room.  It is working with graduate students from Delft University of Technology on algorithms that hunt down furtive leaks automatically. The software can run silently overnight, opening and closing valves like a puzzle game until it homes in on a punctured pipe.

“The sensors have worked well in the lab, but now we can show their merits in the field,” said Mr Sacharowitz. “That’s largely thanks to the SmartWater project. LIFE funding is allowing us to roll out the technology sooner than we could have without it.”  For Mr Den Besten, the hope is that leaks will become a thing of the past. “At present, all water networks leak,” he said. “But I believe that we can eventually build new ones that don’t.”

View Video How it works

This video shows the installation of a decentralised actuator 3S 500 D with 3S earth placement on a buried valve. As a result no manhole, no PLC or any kind of cabling are needed. Retroactive automation of buried valves is possible without interruption of supply.