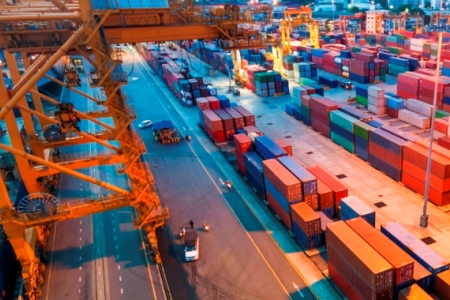 The report was launched by Michael Creed TD, Minister for Agriculture, Food and the Marine at the Our Ocean Wealth Summit event as part of SeaFest in NUI Galway in recent days.
In 2016, Ireland’s marine economy had a turnover of €5.7 billion, 37% of which is attributable to the shipping and maritime transport sector. The direct economic value of Ireland’s marine economy was €1.8 billion in 2016, or approximately 0.9% of gross domestic product (GDP), which represents an increase of 20% on 2014. The industry employs over 30,000 full-time equivalent individuals (FTEs).

Of the established marine industries, the shipping and transport sector was the largest contributor in terms of turnover in 2016 and is responsible for the FTE employment of 4,666 people, an increase of 6.7% since 2014. Sea-based transport accounted for 85% of the total volume and 56% of the total value of goods traded in Ireland in 2016 and continues to be the largest contributor to Ireland’s ocean economy in terms of turnover and Gross Value Added (GVA). This positive trend is also reflected in a report released earlier this year by the Irish Maritime Development Office (IMDO), the Irish Maritime Transport Economist, which records a 2% increase in total port traffic in 2016, the highest level of throughput achieved since 2007.

Speaking after the launch of Ireland’s Ocean Economy Report, Liam Lacey, Director, IMDO said; “Ireland has very ambitious targets set out in the Government’s integrated marine plan for Ireland, Harnessing Our Ocean Wealth, which aims to increase the value of Ireland’s marine economy to 2.4% of GDP by 2030. The latest report published by SEMRU shows that we are well on course to achieve this, with our shipping and maritime transport sector contributing enormously to the growth and potential of our marine economy. As an island nation, we are heavily dependent on sea-based transport to link Ireland to world markets and I am delighted to see further positive indicators of the potential of this sector to contribute to wider economic growth in Ireland, and also its resilience in what was a very challenging year for business.”