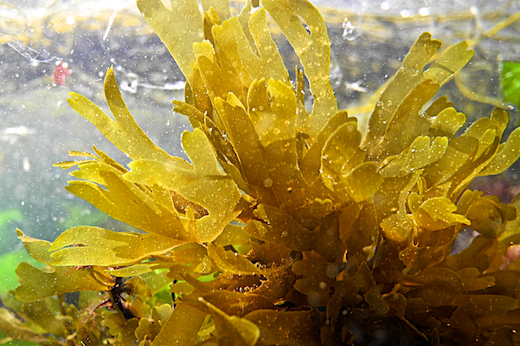 Weight for weight methane causes 36 times as much global warming as carbon dioxide and the main sources of this pollutant is agriculture. Farm animals produce 3.1 gigatonnes of methane in burps (95 per cent) and farts (five per cent) worldwide.

Now scientists have found that making the diet contain just 2 per cent of dried seaweed could reduce this by more than 70 per cent.

Farmers on the Atlantic coast of Canada have been feeding storm-tossed seaweeds to cattle as a source of minerals for generations. The seaweed has been fed without reported ill effect on animals and with unanimous, however anecdotal, feeling among farmers that this is beneficial to animal health.

Seaweeds are also known as macroalgae. They are widely used in the nutrachemical and health markets and have anti-bacterial, antiviral and anti-inflammatory properties. They are also common ingredients in many human cuisines and consumed by many cultures in many countries.

In a classic example of serendipity, Canadian researcher Dr Rob Kinley, now working for CSIRO in Australia, found that feeding those storm-tossed seaweeds to cattle also reduced methane production by 20 per cent.

Since then, and supported by Meat and Livestock Australia, Dr Kinley along with Rocky de Nys, professor of aquaculture at James Cook University (JCU) in Townsville, have tested more than 20 species of seaweed for efficacy in reducing methane productions in an artificial rumen.

The seaweed species tested reduced methane production in laboratory cultures from cow rumens by anything from zero to 50 per cent. But with many of the seaweeds to achieve this result required large amounts of seaweeds which is costly, unsustainable, and has potential to present digestion issues for animals that could result in loss of productivity. “We started with 20 species [of seaweed] and we very quickly narrowed that down to one really stand-out species of red seaweed,” Dr Kinley said. That is the red algae Asparagopsis taxiformis.