A plucky plan for sustainability

Award-winning duck producer, Silver Hill Foods, has made a business of sustainability. For several years, it has found ways to derive value from its waste streams and now, under Origin Green, Silver Hill is exploring innovative ways to generate value through its sustainability initiatives.

Under its first Origin Green sustainability plan, Silver Hill Foods had been focused on achieving reductions in energy and water use, as well as increasing its contributions to the local community. “The target was to reduce our water use and electricity use in the hatchery by 10 per cent compared to the base year. It was a three-year plan and we managed to achieve those targets. At the same time, we doubled production, which made it trickier to achieve but we managed to do both simultaneously.”

Barry Cullen, head of sales, explains that the company was divided into different teams across each department to look at ways in which to make these savings. “They came back with simple ideas and initiatives. We changed all our lighting to low-energy lights. We looked at water, turning the taps off, and being more aware of use. The team in the environmental department created an educational piece for colleagues on how much water is wasted if taps aren’t turned off properly and we are putting meters in to measure exactly what we are using.”

The biggest demand on energy came from the factory itself and, in 2014, Silver Hill Foods signed up with Vayu, a green energy provider and, during the first Origin Green plan, only used renewable energy. As part of the Origin Green programme the company have moved onto their second plan which Barry says is more widespread and a lot more detailed. “We are continuing to target energy production and water reduction and, also, want to sign up our suppliers. We are looking at what their sustainability plans are.” 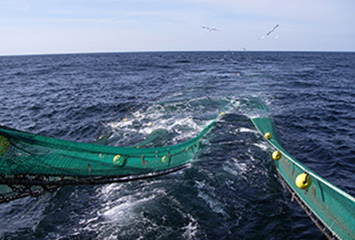