More money for nature and biodiversity

The EU has increased LIFE funding dedicated to nature conservation and biodiversity by 10%. New EU rules adopted on 16 November 2017 specify that at least 60.5% of the budget allocated to LIFE’s sub-programme for environment will now go towards protecting Europe’s natural capital.

The increase was implemented through a Delegated Regulation, which was consulted with the Members States and then successfully passed the scrutiny of the European Parliament and the Council. It was published in the Official Journal of the EU on 18 January 2018.

This decision follows a Fitness Check  of Nature Legislation that highlighted the need for more funding for EU work on nature conservation to reach its potential. This applied also to the LIFE programme and the Natura 2000 network of protected sites.

For over two years, the European Commission has gathered evidence from authorities, experts and the general public on the effectiveness of EU laws on nature conservation. Over 500 000 people responded to an on-line survey as part of this research.

Following the extensive consultation process, a team of 10 Commissioners, supported by the European Committee of the Regions, drew up a plan to boost the traction of the nature policy, and ensure its coherence with broader socio-economic objectives in the EU.

“This is urgently needed, as too many species and habitats which are of the EU conservation concern, are threatened or declining,” said European Commissioner for Environment, Maritime Affairs and Fisheries, Karmenu Vella while addressing the first Natura 2000 summit in Munich, Germany. He described LIFE-funded work as key to stopping Europe’s loss of biodiversity and protecting its natural heritage.

The Action Plan for nature, people and the economy has proposed over 100 measures for the EU to roll out by 2019 to halt the loss of biodiversity and the degradation of ecosystem services.

Increasing the share of LIFE funds earmarked for projects on nature and biodiversity is one of the policy measures identified in the Action Plan to strengthen EU investment in nature. Others include leveraging more external funds with public money and stimulating contributions from the private sector. 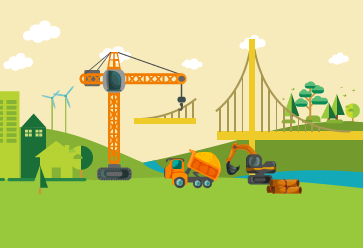