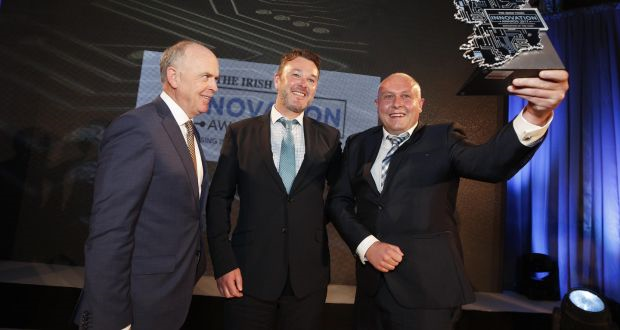 The Irish Times Innovation Awards showcase and reward excellence in innovation across a range of groundbreaking products and services.

Irish firm Kastus, which has developed a pioneering antimicrobial coating which kills 99.99 per cent of harmful bacteria and superbugs such as E.Coli and MRSA, has won this year’s Irish Times overall innovation of the year award.

The innovation has potential applications in areas such as consumer electronics (touch screens, keyboards and smartphones), the food industry, the healthcare sector and the automotive, air and marine industries.

In just two years, the horse-mad sisters have converted a BT Young Scientist project into a business involving eight people, with exports to 12 countries over four continents. Their success has caught the eye of several international racehorse trainers and showjumpers along the way.

When Limerick County Council told Jack O’Connor he was no longer permitted to spread chicken manure as fertiliser, a business was born: BHSL, the winner of the agri-food category, sponsored by Teagasc, has developed a unique, patent-protected system to convert poultry manure into a fuel for on-farm energy generation.

Waste water treatment remains a major environmental issue and this year’s winner of the energy and environment category has turned a liability into an asset by converting it to energy. Galway’s NVP Energy’s technology cleans the waste water and creates gas for use in combined heat and power systems and other applications.

The core problem in the film industry, according to Usheru co-founder Ollie Fegan, is that production studios are paying twice as much on marketing as they do on making films. This year’s winner of the UCD Smurfit School-sponsored IT and telecommunications category, the firm has developed an app-based system to significantly reduce costs while more closely connecting cinemas and studios to their customers.

Docosoft picked up the fintech category award, sponsored by KPMG, for its highly innovative claims management system. In a sector that has a deserved reputation for conservatism and for work practices often regarded as outdated, it has revolutionised the process and gone on to become a leader in its field in the highly competitive London insurance market.

In the manufacturing category, sponsored by Abbvie Ireland, the award went to Ash Technologies for its Omni advanced digital microscope, specifically designed to meet the exacting inspection and measurement requirements of a range of industry sectors.

As overall winner, Kastus will win a high-profile communications package worth in excess of €150,000. In addition, the UCD Smurfit Business School will provide it with a scholarship for all three of its Executive Development short courses commencing in 2018.

The awards, now in their eighth year, were presented at a ceremony attended by more than 220 people at the Royal Hospital Kilmainham on Wednesday night. The keynote speaker at the event was futurist, writer and entrepreneur Mark Stevenson.