The European Commission has found a €10 million Irish aid scheme to facilitate the restructuring of SMEs in Ireland, to be in line with EU State aid rules. The scheme will help SMEs in financial difficulty restore their competitiveness, whilst preserving competition in the EU’s Single Market.

Commissioner Margrethe Vestager, in charge of competition policy said: “Small and medium sized companies are the backbone of our economy and it is good that we have been able to endorse this Irish scheme to support SMEs that get into difficulties. These smaller companies employ a lot of people and this scheme should help them preserve jobs without unduly distorting competition.”

Under the scheme, which will run until 2020, Enterprise Ireland, (an Irish Government Agency responsible for supporting businesses), will be entitled to offer restructuring support to small and medium sized companies (SMEs) in financial difficulty. In particular, the scheme will provide support if a company’s failure is likely to trigger job losses. It aims to avoid situations where value-creating and viable SMEs, with the potential to restore their competitiveness, are prevented from accessing finance from credit markets.

The support will take the form of equity investments and will be available to SMEs active in all sectors of the economy, with the exception of the steel, coal and financial sectors.

The scheme requires potential beneficiaries of the restructuring aid to:

Ireland notified its plans to set up the scheme on 31 October 2017. The Commission assessed the scheme under the 2014 Guidelines on rescue and restructuring, which allow companies in difficulty to receive State aid only under certain strict conditions.

The Commission found that the public support will be transparent and limited in time and scope and concluded that the Irish scheme was compatible with EU State aid rules.

As a result of the Commission’s approval of the scheme, Ireland does not have to notify to the Commission individual applications for aid, but has to assess whether the relevant conditions of the Guidelines are met in each case. The Guidelines require beneficiaries to set up a sound restructuring plan that allows them to achieve long-term viability on the basis of realistic assumptions, in order to ensure that they do not continue to seek public aid instead of competing in the market on their own merits. A company may only receive rescue and restructuring aid once in any ten-year period.

More information will be made available under the case number SA.49040 in the public case register on the Commission’s competition website once any confidentiality issues have been resolved. The State Aid Weekly e-News lists new publications of state aid decisions on the internet and in the Official Journal. 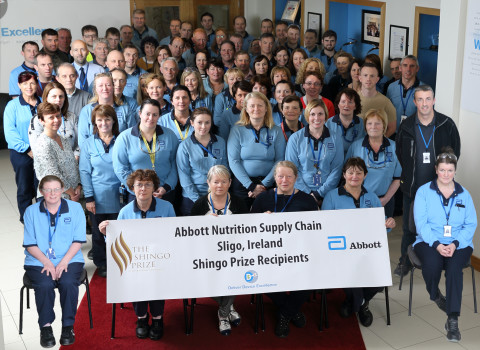