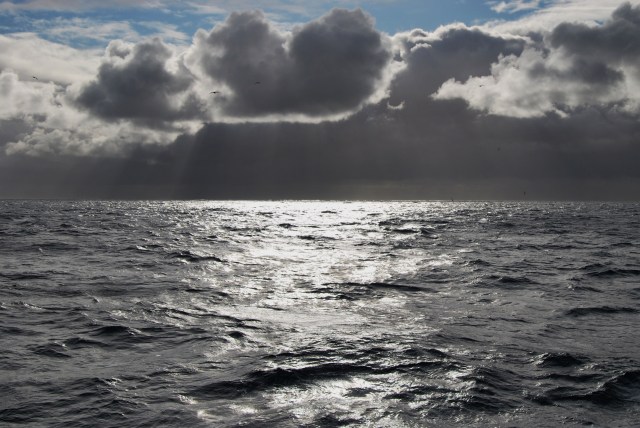 The Marine Institute are lead partners in the Interreg funded project PRIMROSE, which is developing a new system application that helps predict the risk and impact of harmful algal bloom events (HABs) as well as the future impact of climate driven changes on the aquaculture sector.

The PRIMROSE project (2017-2020), includes a consortium of nine partners from across an area known as the Atlantic Arc in Europe. The area is along the Atlantic coast of Western Europe, and members include Ireland, United Kingdom, France, Portugal and Spain.

European aquaculture plays an important part in rural development, directly employing some 85,000 people and producing revenue of some €3 billion per year. Most of this is generated in a relatively small number of coastal regions in the Atlantic Arc. The local contribution of the fisheries sector is significant with the average socio-economic dependency in these regions of 11 percent.

“Although aquaculture has led to the establishment of more than 14,000 local enterprises in the EU, this sector also has common problems, including harmful algal blooms (HAB) -generated toxins, fish killing microalgae, microbial contamination and the looming impacts of climate change. All of these issues result in uncertainty for the producer, ranging from short term production disruption to the medium to long term outlook,” Joe Silke said.

The economic impact of harmful algal blooms (HABs) has been estimated at €919 million per year in the EU. Every year approximately 1.25 million tonnes of products are produced by aquaculture in the EU, much of it in the European Atlantic Arc. “It is therefore critical that marketed shellfish are safe for human consumption and mortalities of farmed fish are minimised in Ireland and Europe.”

The prevention of naturally occurring HAB events is not possible but early warning systems can allow businesses to put in place measures to safeguard health and business operations. Capitalising on the award winning FP7 monitoring programme ASIMUTH, and the improved forecast tool will be further developed by PRIMROSE will add value to the fish, shellfish and algal aquaculture industry. The application system will enable forecasts to be made enabling aquaculture businesses to plan their marketing activities and identify the risks before product is harvested from the water. It will also allow them to decide with more confidence whether to market this product or to hold off because of unacceptable risk.

As part of the PRIMROSE project, it is therefore essential that the consortium continue to engage with the aquaculture industry to explain how the enhanced system can be used to assist them in planning and adapting their harvest schedule.

“The new and improved application system is being developed with an easily understandable traffic-light risk index. We will be reusing valuable data that is already being generated by the consortium partners, that complies with national and EU regulations and reporting procedures will be standardised, and partly automated for an expert evaluator to have information available to make an accurate forecast” Joe Silke explained.

The consortium are also embedded within the national authorities responsible for the monitoring of shellfish biotoxin and microbiological contamination in each of their countries, and PRIMROSE are therefore are well placed to provide advice to policy makers, risk regulators and food safety authorities.

World Water Day: exploring the solutions we find in nature

World Water Day: exploring the solutions we find in nature