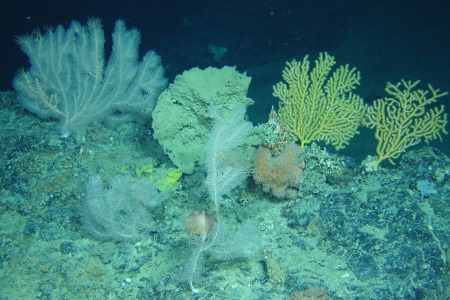 The EU’s 2013-2020 Atlantic Action Plan has spurred over 1200 new maritime projects and nearly 6 billion euro of investments so far, according to an independent consultant tasked by the EU to take stock of the initiative at mid-term. Most of the projects target environmental protection and innovation, as well as improved connectivity and social inclusion.

In 2013 the EU launched the Atlantic Action Plan to boost the maritime economy of its five Atlantic States, i.e. Portugal, Spain, France, the United Kingdom and Ireland, and their outermost regions. By mid-2017, hundreds of initiatives had cropped up and started contributing to these goals, says the independent study:
• 500 projects are investing 2.1 billion euro on the environment – from developing marine renewable energy in France to novel biotechnological applications in Portugal
• 500 projects, worth 750 million euro, target innovations like broadband connectivity in remote areas of Scotland, or maritime spatial planning in Macaronesia
• approx. 100 projects invest 2.4 billion euro to improve accessibility and connectivity, mainly by developing port facilities in Spain and Ireland
• approx. 100 projects, worth 360 million euro, promote social inclusion, for example by improving tourism infrastructure in Wales or remote health monitoring in Ireland

The funding comes from a variety of sources: the EU (funds for regional development, R&D and the blue economy), but also the European Investment Bank, national, regional and private sources. The assessment indeed argues that with the Atlantic plan the community of stakeholders in the Atlantic Ocean area has grown stronger and better at raising funds for marine and maritime projects.

Some 20 projects, involving 320 international research teams, are not just European but involve our trans-Atlantic neighbours as well, thanks to the Galway statement and the Atlantic Ocean Research Alliance between the EU, the US and Canada.

The European Commission will use the results of the independent study – and of the public consultation that was held last year – to fuel a discussion with the countries concerned and improve the plan’s performance even further between now and 2020. This could include more specific objectives and key performance indicators to assess results further down the line, and designing more joint cross-border projects, with greater involvement of coastal regions.
At a time when the EU is reflecting on the next generation of EU-funded programmes, such a revised Atlantic Action Plan could prove extremely topical and ultimately shape the countries’ blue growth efforts after 2020.