A consortium of European energy companies, led by Ireland’s electricity grid operator EirGrid, has been awarded over €20 million by the EU to fund research into the deployment of renewable energy.

The EU-SysFlex project will receive the funding under Horizon 2020, the EU’s €80 billion research and innovation programme. EirGrid is the overall project co-ordinator, while French electricity group EDF will act as technical co-ordinator.

The project involves 34 organisations from 15 countries across Europe and has an overall budget of €26 million. It will run for four years until 2021.

Fintan Slye, Chief Executive of EirGrid, said the funding is an endorsement of the company’s ground-breaking work in renewable energy:

“Our engineers have been working to meet the challenges of operating the electricity system while achieving high renewable electricity targets. Running the power system with the current high levels of renewable energy is unprecedented and presents significant challenges for its real-time operation.”

The aim of the EU-SysFlex project is to identify issues associated with integrating large amounts of renewable energy; provide practical assistance to power system operators across Europe; and create a long-term roadmap to facilitate the large-scale integration of renewable energy.

Renewable energy, mainly wind, accounted for 24.5% of electricity generation across the island of Ireland in 2016. This is already one of the highest in the world and is expected to rise to 40% by 2020 in order to meet Irish and Northern Irish government targets.

The European Union has also set out ambitious plans for greener and a more decarbonised Europe by increasing the levels of renewable energy.

This will provide a long-term roadmap for how the EU can realise its renewable energy goals into the 21st century. 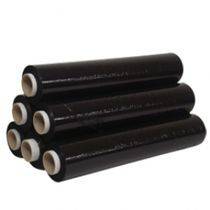