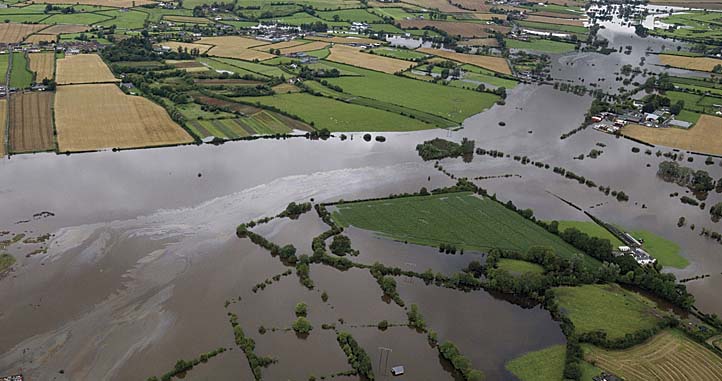 A ‘lake’, a pond and a new pathway are some of the measures being proposed by the group steering the Shannon Wetlands Restoration Project.

Members of the group gave a presentation at the recent Shannon Municipal District meeting and convinced local councillors to back them with €20,000. Greg Duff introduced himself as chairman of Duchas na Sionna and the delegation members, Olive Carey, Tom Chambers and Ruairí Ó Conchúr, Community Water Officer with the Waters and Communities Office in Limerick.

Mr Duff described the location of the Shannon Wetlands at the back of Tir na nÓg playground adjacent to Gaelscoil Donncha Rua. He told the meeting, “We are looking for very little, in all it amounts to €5,000 a year from the council”.

Olive Carey explained that there has been an interest in the wetlands project since Duchas was formed in 2005 and erected a display board as one of its first projects. She pointed out that the Shannon Town and Environs Local Area Plan 2012-2018 and the Shannon Town Green Infrastructure Plan 2013 emphasised the importance of the wetlands site.

Duchas na Sionna, she said, decided that now is a good time to advance the Wetlands Project so they have planned to upgrade the site to a community amenity. The overall objective is to restore the site to its natural state, thus encouraging the growth of native plants and wildlife while enhancing its tourism and recreational value by the creation of ponds, footpaths and interpretative displays.

Olive Carey said it is planned to take up to four years to complete the design process in the initial phase to identify areas for installing a pond and larger wetlands. The site has been surveyed to identify the deepest places for introducing ponds and for new pathways. She also mentioned a smaller pond and “a much larger lake area with islands for birds and animals”. A number of conifers at the centre of the site will have to be removed to make way for the new lake, she said.

Group treasurer Tom Chambers spoke of receiving grant funding of €11,844 from a variety of sources and €1,200 in sponsorship, of which Ei Electronics contributed €1,000. He said the design plan will cost around €4,500 while the estimated cost of the overall project is €100,000. Mr Chambers said the group will fund 5% of the funding and is seeking €20,000 from Clare County Council.

Cllr Gerry Flynn pointed out that the council plans to spend over €1m on the Shannon Green Infrastructure Plan but said he is concerned that much of that could be whittled away on consultants before the actual work begins. He proposed that the council supports the group financially and also commits to maintaining the wetlands area into the future.

Describing the project as “a fantastic community initiative”, Meetings facilitator Liam Conneally committed to finding the necessary funding. Mr Conneally said the project will be of benefit to the schools and the community in general in a way that respects nature and he praised the work that is being done.