In a final push to find solutions to address the serious problem of air pollution in the European Union, Commissioner for Environment, Karmenu Vella has invited ministers from 9 Member States to convene in Brussels on Tuesday, 30 January.

The 9 Member States, namely the Czech Republic,  Germany, Spain, France, Italy, Hungary, Romania, Slovakia and the United Kingdom, face infringement procedures for exceeding agreed air pollution limits. The meeting gives an opportunity to Member States to prove that additional adequate steps will be taken to redress the current situation without delay and comply with European law.

Commissioner Karmenu Vella said: “This meeting on air quality has been called for three reasons. To protect citizens. To clarify that if there is no improvement of air quality there are legal consequences. And to remind Member States that this step is at the end of a long, some would say too long, period of offers to help, advice given, and warnings made. Our first responsibility as the Commission is to the millions of Europeans – young and old, sick and healthy – who suffer from poor air quality. Parents of a child suffering from bronchitis or a daughter of someone with pulmonary disease want to see improvements in air quality as soon as possible. For them, action plans with a 10-12 year timescale or ineffective plans are useless.”

As President Juncker underlined in his State of the Union address in 2016, the aim is to deliver a Europe thatprotects.Every year, more than 400,000 Europeans die prematurely as a consequence of poor air quality and many more suffer from respiratory and cardiovascular diseases caused by air pollution. In economic terms, bad air quality costs well over €20 billion a year to the European economy, due to increased medical costs and reduced workers’ productivity.

The Commission wants to cooperate with Member States to help them comply with the emission limits, which they have agreed to respect, and which guarantee citizens’ health. These are limits for several key pollutants, namely Nitrogen dioxide (NO2) and particulate matter (PM10), which had to be met in 2010 and 2005 respectively. The Commission has already engaged in intensive outreach efforts and political action to help Member States to comply. The most recent example is the Clean Air Forum hosted by Commissioner Vella together with the Mayor of Paris in November 2017 to identify effective solutions to reduce emissions. The Commission has also initiated intensive dialogues with Member States with the launch of the Environmental Implementation Review in 2017, and with specific Clean Air Dialogues and Air Quality Expert Group meetings 2-3 times per year.

The seriousness and urgency of air pollution and the lack of satisfying progress observed in relation to the 9 Member States requires effective and timely responses. The air quality ministerial summit organised on 30 January is about making sure that additional effective measures are taken and implemented without delay. In case adequate measures are not taken, the Commission will have no choice but to proceed with legal action, as it has already done against two other Member States, by referring these Member States to the Court.

The European Commission today also adopted a Compliance Assurance Action Plan which is a set of specific measures to help Member States promote, monitor and enforce compliance with EU environmental rules that prevent pollution or environmental harm. The existing rules must be followed by all industrial operators, public utilities, farmers, foresters, hunters and others in order for them to enjoy a level-playing field across the EU and for European citizens to enjoy clean water and air, safe waste disposal and healthy nature. Nine tailored actions are to be implemented over the period of 2018 and 2019. The Commission is also setting up a high-level expert group of Member States’ officials and European networks of environmental professionals to successfully deliver the actions of the Compliance Plan.

EU legislation on ambient air quality and cleaner air for Europe (Directive 2008/50/EC) sets air quality limits that cannot be exceeded anywhere in the EU, and obliges Member States to limit the exposure of citizens to harmful air pollutants.

Despite this obligation, air quality has remained a problem in many places for a number of years. In 23 out of 28 Member States air quality standards are still being exceeded – in total in over more than 130 cities across Europe.

As regards PM10 particles, there are currently cases against 16 Member States (Belgium, Bulgaria, the Czech Republic, Germany, Greece, Spain, France, Hungary, Italy, Latvia, Portugal, Poland, Romania, Sweden, Slovakia, and Slovenia), and two of these cases (against Bulgaria and Poland) have been brought before the Court of Justice of the EU. The European Court of Justice has passed a ruling as regards PM10 ex­ceedances in Bulgaria in April 2017.

The 9 Member States invited to the meeting are those, which have already received a Reasoned Opinion and for which the next stage in the infringement procedure would be a referral to the Court of Justice. 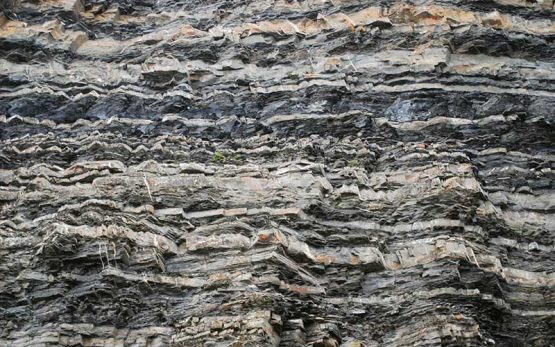