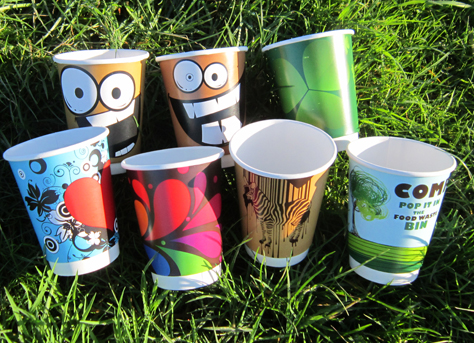 Coffee to Go – a genuine problem for our environment

Freiburg is not only boosting the international status of the Green City – it is also moving its ecological profile up another notch. Only recently it became one of the first major German cities to launch a reusable cup system for coffee to go throughout the entire municipal area. Coffee to go is also very popular in Freiburg, but causes a waste volume to a tune of 12 million empty cups a year to accumulate there.

A concept to reduce waste

Used disposable cups cannot be recycled and have to be disposed of as residual waste. Damage to the environment by coffee packaging is under discussion throughout Germany, but no political solution to the problem has emerged yet. Freiburger Abfallwirtschaft und Stadt-reinigung (ASF), a public-private partnership between REMONDIS and the City of Freiburg, has for this reason developed the Freiburg Cup and a strategy to reduce waste together with café operators.

An alternative to disposable cups

The most important partners of the Freiburg Cup are the operators of cafés and bakeries that sell coffee to go. As an alternative to disposable coffee cups, the ASF produces its reusable cups from stable plastic that holds up in dishwashers. Café businesses do not incur any costs, the City of Freiburg is bearing the costs for launching the system, while coordination is in the hands of the ASF.

Customers also have a choice between the returnable cup and a paper cup. The deposit on the Freiburg Cup is 1 euro. Used cups can be returned at any one of the 60 businesses in the inner city taking part in the initiative. The cups are washed there, with defective or missing cups being replaced by the ASF. Merely the covers are disposable. After use, they are supposed to be disposed of in recycling bags. The concept offers numerous advantages for participating cafés: not only do they reduce the quantity of residue waste – they also demonstrate that they are making an active contribution to cleanliness in Freiburg. “The more people who take part, the more effective the campaign will be, both for the cafés selling coffee as well as for consumers,” sums up the Mayor, Gerda Stuchlik. According to ASF Managing Director Michael Broglin: If the Freiburg Cup gains acceptance among customers, the campaign will be expanded to additional city districts beginning in the summer of 2017”.

Stop Food Waste – Make the most of your food

Stop Food Waste – Make the most of your food